Since its inception in December 2006, Maggie Mays has come from humble beginnings as a modest bar in Glasgow’s Merchant City to being recognised as one of Scotland’s finest venues.

Spread over two well appointed floors, our commitment to friendly service, fine food and great music are key to our success. 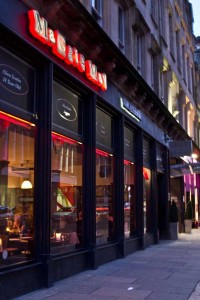 The belief that live music is the best soundtrack to a great night out is upheld at Maggie Mays, where only the finest local and nationwide bands are showcased. Mike Skinner of The Streets asked if he could DJ in the club after his Barrowlands gig, which was, of course, packed to the rafters. Kings of Leon, Paulo Nutini, and Ocean Colour Scene are among some of the many bands to have played here.