The Belsair was built in approximately 1870 and remained with its original family founders, the Sinclairs and then the Foubisters, until the early 1990s. 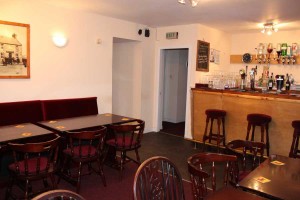 The first woman telephone exchange operator in the UK worked in our bar, which was where the exchange was located, and she was connecting calls all around Orkney and beyond. In those days you asked for a house name not a number and we were the only exchange for the whole of the North Isles.

The building was always called The Post Office but in 1989, when it became a hotel, it was decided it needed a new name and it was called The Belsair after Bella Sinclair. Bella Sinclair (1889-1972), whose photograph hangs above the bar, was the second of the six daughters of Kenneth Sinclair, who ran the Post Office. She never married and looked after the many children in her family, including the Foubister family of 6 who lived next door with their parents, James and Helen. Given our remote location, a lot of people will never know what an important role The Belsair, a little pub on a small island, played in technology and equality all those years ago.