The Galley of Lorne Inn

A story of Film / TVHistoryQuirky

Dating back to 1680, The Galley of Lorne Inn was a Drovers Inn, the first stop to market for farmers from the Isle of Jura who swam their cattle at low tide to get to the mainland. 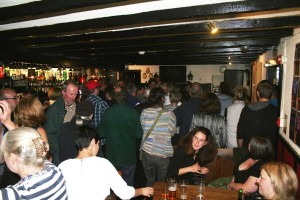 Once known as the Ardfern Inn, today the name of the Inn comes from the symbol of Somerled, Lord of Lorne, King of the Western Isles, who drove out the Vikings in the early 1100s and acquired the Kingdom of Argyll and, in the process, set up the present Clan system. He used his ship, the Galley of Lorne, to drive out the Vikings, and the Campbells of Craignish and the MacDougall Clan are founded upon the strides he made to eradicate the threat of the Vikings.

However, the Inn’s most colourful history dates from the 1960s when the Laird of Lunga, Colin Lindsay-MacDougall resurrected its standing as a hostelry. The Galley soon became the archetypal swinging sixties establishment, founded upon a clientèle of locals, yachtsmen and women with a strong hippy presence and a culture of gifted artists, craftspeople and musicians. Many famous local characters drank here including Bill Dunn, who was married to George Orwell’s sister Avril. He took a daily swim in hill loch even though he had lost a leg in the war and his leather hoof from his wooden leg still hangs in the bar. Also, if you gaze out from the terrace you will see Loch Craignish where the climactic scene of the boat and helicopter chase from the 1960s Bond film From Russia with Love was filmed. Another local legend and regular in the Galley was Boyd Keen, a Scottish seafaring man, whose book Easy Money gave a blow by blow account of how a smuggling trip to Africa unravelled at the eleventh hour in Oban Harbour. Today the Inn is popular with the yachting fraternity and with tourists from around the world.

The Galley of Lorne Inn